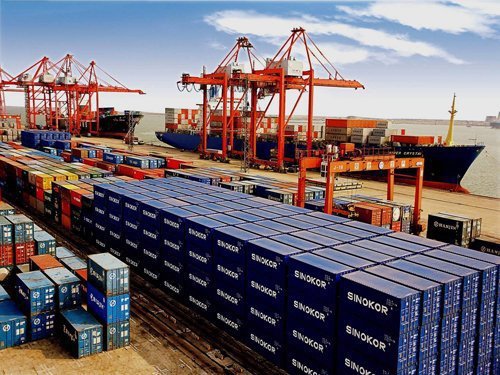 From January to August this year, the cumulative export value of clothing and clothing accessories in China was 687,694,300 yuan, a decrease of 6.7% from the same period of last year. The person in charge of a number of garment export companies stated that due to the poor demand in the international market, the export orders of apparel products have declined, and the export profits of enterprises have been reduced.

In the first eight months of this year, the amount of clothing exports in China decreased compared with the same period of last year. The heads of several clothing export companies stated that due to the lack of demand in the international market, the export orders for apparel products have fallen, and the export profits of enterprises have been reduced. However, under the condition that the overall export of apparel products was sluggish, the export profits of some garment enterprises that produce their own brand products remained stable.

â€œWe are a major producer and exporter of all kinds of sportswear. In the first 8 months of this year, the number of export orders has decreased significantly, and the number of large orders has become less and less. This has led to rising domestic labor costs and raw material costs. The garment export business is becoming more and more difficult to do and the pressure for survival is very high," exclaimed the person in charge of an apparel export company that did not wish to be named. "Compared with the EU region, the number of export orders in some emerging markets such as the Middle East, Latin America and Africa has increased, but the growth rate is relatively small. Our garments are exported to the United States, the European Union, the Middle East, Latin America, and Africa. And in the region, although some emerging market export orders have risen since the beginning of the year, the increase is smaller than the decline in the number of apparel export orders in the EU. The export profits of our company still cannot be increased.â€ Related to an apparel export company in Anhui Province Staff said.

In the case of a sluggish export of apparel products, the export profits of some apparel companies that produce their own brand products remain stable. "Although the demand in the international market has been weakened in the near future, the quality of the self-owned brand products that can meet the needs of the international market can still guarantee export profits," said a person in charge of an apparel export company in Foshan City. According to the person in charge, the company integrates research and development, production, processing and sales of protective clothing such as safety clothing and work clothes. The products are widely exported to the United States, Europe and Canada, and strictly comply with the US ANSI/ISEA 107-2004 standard. , Canadian CSAZ96-02 standard, European EN471: 2003, EN1150 standard, Australia AS/NZS4602: 1999 standard and other related quality standards. The ** and fire fighting clothing produced by this company have been favored by buyers in the international market. In recent years, the company has continuously imported advanced production equipment from developed countries, implemented computerized management, and strengthened on-the-job training for employees, greatly improving the company's technical level and professionalism, thus enhancing the competitiveness of the entire company. â€œOur company not only produces its own brand of apparel products, but also takes some OEM products. From the perspective of export orders from January to August of this year, the number of orders for OEM products has fallen sharply, and exports have not been profitable. The order volume of self-owned brand products has remained basically stable, and it can be seen that the independent brand apparel products still have certain degree of recognition in the international market,â€ said a person in charge of an apparel export company in Fujian province.